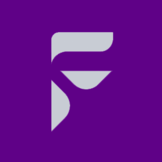 Hey guys! I know the subject of this thread won't be relevant to everyone, but we have had a few comments from customers who have been struggling to open and shut their Pro1... I just wanted

This is a very satisfying thread.