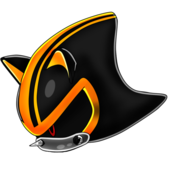 OK so this has been going on since yesterday but my touchscreen is going haywire. Ghost touches galore, making the phone almost unusable. Anyone else had this problem? Sporting an original Pro1...

In addition to  In the end, for me only replacing the screen helped (in my case, Fxtec's replacement unit which actually is the complete upper half of the phone)...

I'd love a complete replacement. There's a few scratches in the screen... Where can I get such a wonderful thing?