NEW Version of guide here   Below the original text: (above inserted by EskeRahn)     If you're reading this, it seems like you miss the good old Android OS or you've acciden 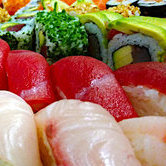 F(x)tec will release flashing instruction using Qulcomms QFIL software on windows soon. The unofficial method to flash the provided EDL images that testers used on linux would be: Install EDL-T

Same situation here.  I had broken sensors, but working attestation, but then when I reflashed my persist backup, which ostensibly valid keys, I lost attestation.