For me, it was the IGG order, so there were no different shipping options as far as I know.

I think they know that something is happening but not necessarily know what. I also think they are very dependent on the origin - when I wrote my problem by e-mail in my native language, I have r 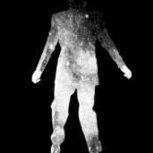 I am in exactly the same boat, 'inkasso' has already contacted me, FedEx does not respond at all to my request (contacted them before I received the first letter by the money collection company), and