Rear/main camera focus to infinity not work on LineageOS

It took a while, actually a long while. Seems like the first package got lost, but the second arrived in a week (+1 week customs). I was able to replace the camera and the backplate today in 1-2

Hello, Using gelraen teardown I disassemble my Pro1. I remove dust and (thanks to @DieBruine) screw down with loctite all what I see with abnormally operating clearance. I play a little with camer 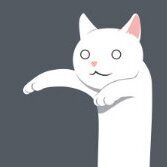 Hoping to balance the negativity in this thread, my F(x)tec Pro1 running LineageOS does not seem to have any camera issues regarding focus (see the attached sample I took today). Running LineageOS 18.