Games - What do you play on your Pro1?

Let's see, there are a number of games I play on the Pro1   Where Is the Setting Game How Do I Make This Stop Search Game What Does This Do Challenge The Volume Game Puzzl 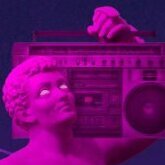 I just tried PUBG first Time and won. There must be some magic on Pro1.